I am really excited right now while putting this down. I was working on this one since sometime and today, its here. Read it and see, it isn’t so difficult to live with some medical condition as we think of it. 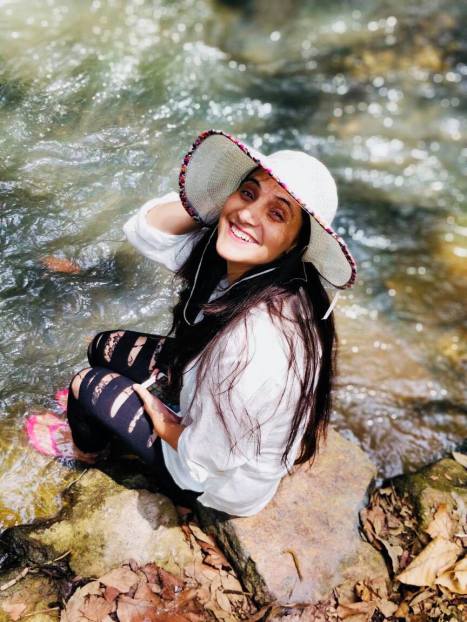 Everyone has a problem in one or the other way, Its just how we look at it. If we want it to take over or we accept it and use it as a strength- thats all upto us.

Those who look at me and say, ” HEY, YOU ARE A MIRACLE” then you seriously haven’t heard of these people. I am not the only one who has made it past 30 years. Yes, I just started my 31st on June 4th . My Cfer friends were equally excited as it was a big day for us 🙂 .

Well , I wanted to talk about these beautiful people around the world who have been my inspiration and lived their life on their own terms and conditions despite of having compromised health conditions. Yes- they have CYSTIC FIBROSIS as well. You might see a pattern though and that would be- Most of them were or are in active sports. Now you might understand when I say , “please choose your career wisely- thats because we need more time for ourselves. I am not discouraging anyone of you from anything but then If we accept that we are different and try to do things wisely- well, whats the harm. We aren’t meant to be sitting in an air conditioned room or minus degree temperatures or have desk jobs. We are suppose to be more active so that we stay warm. We need exercise more than anyone else so we breathe better.”

If you think, your child will die soon, you might want to see  this beautiful woman and get an inspiration.

Born in 1968 , Lisa had no idea that she was suffering from CF and it was only when she was 20 years old , she was diagnosed with CF but continued to live a full, healthy life, providing a beacon of hope to families with children diagnosed with CF.  She has mentioned on her website, ” I raced for 20 years as a professional triathlete . In the course of my career , I won many many races,  represented Canada on multiple National Teams and at the Pan American Games and was ranked top 5 in the world for a decade. I competed at the highest level despite having Cystic Fibrosis. My CF was very controllable for much of my career and ironically, it was a blessing , which fuelled my passion for sport and excellence . Everytime I raced , I knew that my race served a higher purpose to give families hope that their children with CF could achieve similar things in life & sport kept my lungs healthy. So it was a double blessing! “

Do you think , this would have been an easier thing for her to do.  Of course not, those who have seen CFers or know anyone, we all know every day is a struggle in one or the other way. She started her full time sports in 1999 which means she knew what she was going through and what her life is going to be. But she didn’t loose hope. Why should we?

” I was diagnosed with Cystic Fibrosis when I was three months old. As a child my symptoms were minimal and it wasn’t until I was in middle school that CF started to catch up with me. When other kids of my age started to grow, I did not . I had trouble gaining weight and wasn’t growing any taller. Additionally , I began having sinus issues and breathing problems during this time. This was problematic for a couple of reasons; not only for the obvious health reasons, but also because I had a dream of playing college basketball one day. I knew I needed to be healthier and bigger to play basketball. I got a feeding tube in and within a year I’d grown 6 inches and gained 25 pounds! I was healthier, happier and actually began to think playing college basketball was possible. I played for my high school team and when I graduated I was able to walk on as a JV player at Anderson University in South Carolina. However, after a few years I thought that I might be able to play on the varsity team . I’d go to my JV workouts as well as the varsity workouts & finally had an opportunity to join the varsity team of a NCAA basketball program. That was a dream come true ! .

So, this is another inspiration and we can see how these people came out of their shell and did something more and better for themselves. Giving up isn’t the thing we should know. Give your best and leave rest to Almighty to decide.

Born in 1989, a successful rugby player from Australia.

He was diagnosed with CF when he was a child. Doctors told Charles’s family that he wouldn’t live past his tenth birthday. Almost two decades later, Charles plays the position of hooker and has won several championships. He is thought to be the only person with CF to play a contact sport professionally. Charles now serves as an ambassador for Cystic Fibrosis Australia.

27 year old, Ben was told he’d never fully recover – but he proved them wrong. Hitting the gym has not only given Mudge an enviable physique but has also improved his health dramatically. As his friends started pointing out Mudge resembled Thor, he decided to grow his hair long to complete the look. Funny! but Inspirational.

He had a chest infection and his lung capacity had dropped to 66 per cent. In his interview he said “That was scary. I’d never had any issues with breathing at all before that. But then after that it felt like someone was squeezing the bottom of my lungs shut. That’s when I knew I had to get exercising.  But he persevered: “Training has been massively beneficial to me. It has literally taught me how to breathe properly – figuring out your breathing is such a key part of training. And it’s got me back up to 95 per cent lung capacity, ten years after I was in hospital – with a disease that’s degenerative, so should be getting worse as I get older. I’m hanging on to those high 90s. It does go up and down by a couple of per cent either way, but I do believe that I can get up to 100 per cent capacity.”

He is an inspiration for young kids and as is know as THOR- as he looks like him. Now you know Its all possible if you just take care of yourself.

When I read about him and looked at his pictures, I was surprised & suddenly there was this beautiful smile on my face and I was like ,there are others out there Living and taking care of themselves.

My family and friends say, i am very god with people and I could have an amazing career in sales and marketing. They are right. Once upon a time, I did try sales and I could sell things in no time but then I wasn’t left with anytime for myself. I needed something which keeps me going on my regular days, benefits me even when I am sick- What could have been a better profession. I chose it because I wanted to stay healthier, wanted to earn my livelihood through it and one I began to practice it, I was in love with myself more than before. I learnt how can I take care of myself in better ways. 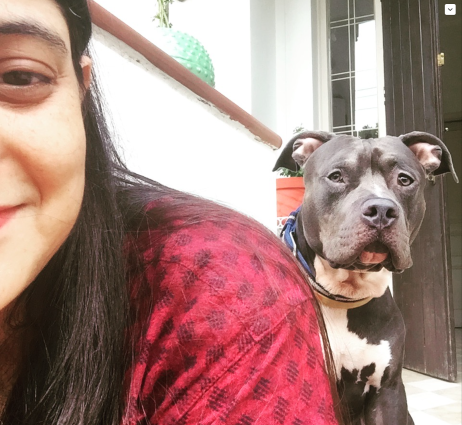 I have a medical condition called CYSTIC FIBROSIS, but thats not all I am. I am more than CF and I want to tell each one of you, reading this, CF is not end of the life. Its a fight but then its not impossible to win. Look at the above people I talked about and see how we can make a difference.

I was born in hills and still there isnt much of internet or any other modern technology where I could have brought myself to this awareness or help anyone in this way and I always feel that may be this was the reason we migrated from there to here and I was suppose to make a difference in those lives who struggle with CF or any such condition everyday and I feel  privileged to have read about such people, the other CFers who handle the disease so well. Their strength in dealing with day-to-day life is truly inspirational. I don’t think I would have had the chance to meet as many amazing people and travelled so much if I weren’t born with CF.

Next blog is going to about someone who has been fighting CF for 30 years and Lives in new Delhi-India. Keep reading and following this blog.

So its a blessing in disguise.

Keep fighting and keep living. everyone does that- in this or that way. we are no different.